The use of illicit drugs here in Australia, and indeed around the world, is an ongoing problem. Drugs like ecstasy, cocaine, methamphetamine (commonly known as “Ice”) and heroin are all used recreationally by many; which can often turn into addiction. The negative long term effects of these drugs is well documented; but it still, many people continue to take these illegal substances on a regular basis.

Sadly, Australia has become one of the biggest users of methamphetamine anywhere in the world, with Ice becoming more and more popular. The burden this drug is having on local communities is rather scary.

Athletes in many sports have struggled with addiction to illicit drugs, such Diego Maradona and Marco Pantani. Unfortunately, Australian Rules Football (AFL) has also had some problems with illicit drug use in the past, with one or two teams unfortunately receiving more of the spotlight in recent years…..but the issue is often seen as being competition wide. Past players and coaches, such as Ben Cousins and Mark Thompson, also continue to suffer negative consequences as a result of these illicit substances.

SO WHAT’S THE ISSUE?

There are many issues to be considered when looking at the use of illicit drugs amongst athletes. First and foremost, they are illegal. Plain and simple. This is not a discussion about the validity of legalising recreational drugs such as ecstasy, cannabis and cocaine (amongst other drugs). The fact of the matter is, that at this point in time, these drugs are illegal…..which leads to my second point. 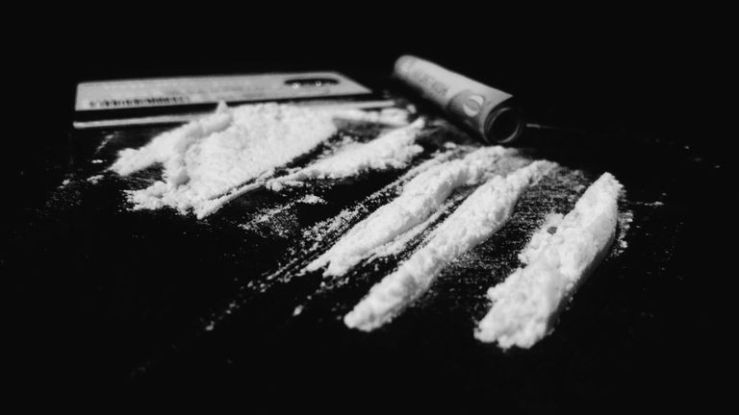 Athletes are often seen as role models and put on a pedestal. Here in Australia, AFL players are viewed as heroes. So what happens when these role models are seen to be partaking in illegal activities, such as illicit drug use? What happens when your heroes are arrested for possession and trafficking of these substances? What happens when impressionable types head out on the town, to see their role models at a club high on drugs? It creates a very bad example for both the players and the sport in general. People may loose faith in their heroes, as well as the game they love to watch. In addition, it can lead some individuals to have the mindset of “elite athletes are doing it, so it must be okay!”. Monkey see, monkey do. This is not good for anyone.

There are also the long term health consequences to be considered. Athletes are supposed to be at their peak physical fitness; and should be looking after their bodies so they can perform at their best week in week out…..using illicit substances on a regular basis is only ever going to have a negative effect on your body and your health in general.

WHAT DO WADA HAVE TO SAY?

Its of no surprise that WADA have a large list of stimulants, narcotics and cannabinoids on the banned substances list.  But it does need to be recognised that these substances are only banned “in competition”…..meaning that WADA does not specifically prohibit their use outside of competition. But why?

The banned substances list is there to promote fair play in sport. Amongst other reasons, the substances and methods found on the list are chosen because they are seen to create performance enhancing benefits, or allow an athlete to obtain an unfair advantage. The illicit drugs found on the banned list will only have a stimulant, or performance enhancing effect, while they are actually in the body. They do not create any long term benefits…..hence they are only banned for use “in competition”.

This can create a bit of an issue. With a long enough break between active competition, or during the of season, WADA has no policy on the use of illicit substances. The fact that they are illegal should deter athletes from using them, but from a “drug testing in sports” perspective, there isn’t really any consideration.

WHAT IS THE AFL DOING DIFFERENTLY THEN?

Every sporting code is responsible for its own anti-doping policy, if they choose to have one. Like most sports, the AFL decided to adopt WADA’s code when it comes to drugs in sport. But the AFL have gone one step further. In addition to following WADA’s rules, they have also developed their own illicit drug use policy.

First introduced in 2005, this is a voluntary testing program that the AFL players association agreed to on behalf of all players. It simply means that in addition to testing for substances on the banned list, AFL players are subject to additional testing for illicit substances….both in and out of competition, including the off season.

In 2016, an updated policy was introduced. Currently, the policy sees a system where interventions and consequences are carried out upon each detection of the use of an illicit substance:

These illicit drug tests are performed year round, not just during the playing season. Results from the off season testing are forwarded on to medical officers and clubs, so more targeted testing can be performed; and to help gain a better understanding of when illicit drug use might be occurring, so something can be done about it.

IS THIS A GOOD THING?

In one word, yes. The fact that the AFL have seen that illicit drug use is occurring amongst some players, and have recognised that something needs to be done about it, is great. Many other sports and athletes have had, and continue to have, issues with illicit drugs. But instead of ignoring the problem or trying to sweep it under the rug, the AFL and its players association have taken a proactive approach to the issue.

By introducing a separate illicit drugs policy, the AFL are actually doing something about the problem. Recognising players who have issues, and providing appropriate counselling, education and intervention to try and change behaviour and mentality can only be seen as positive. This creates a great example which other sports should really be following, as well as the community in general.

While illicit drug use has been and continues to be a huge problem in our society, it is great to see that a sporting code such as the AFL is doing something to address the issue.

25/2/19 Since writing this post, there have been media reports which suggest some players have found a loophole in the illicit drugs policy, where drug tests can be avoided if the player claims to have a mental health condition.

Obviously, this is not a great situation. Having an illicit drugs policy in place is a good step forward by the AFL, but it is a shame loopholes exist which result in players are reportedly avoiding drug tests with zero consequence.